Submitted by Timothy Knight – The Slope of Hope

I am not a stranger to disappointment. There have been plenty of times in my life when reality did not meet expectations. This probably gives me plenty in common with other fellow humans. It’s certainly not like things always go my way. Far from it.

Being a trader, this is a phenomenon that is almost universal. People anticipate what they think is going to happen, they position themselves for it, and reality dictates whether or not they profit or not. It’s the nature of the beast.

October was an extraordinary month. It was tremendously exhilarating for the first half, and it was soul-crushingly difficult during the second (this is from a bear’s perspective; flip the descriptors for bulls). As deeply oversold as we were on October 15th (and with the VIX in excess of 30), I certainly expected some kind of bounce – and I made no secret of it – but I absolutely did not expect a bounce of this size and vigor.

That isn’t what shook me up, however. What troubles me – – deeply and profoundly troubles me – – is that the “stick save” came from a place I didn’t expect at all: Japan.

All this time, I thought the trouble was all encapsulated in the form of a five foot tall woman named Janet Yellen. As Wednesday the 29th of October approached, I braced myself for “the big day.” I figured if I could just survive the FOMC announcement in one piece – – particularly if they did in fact stop QE – – then it would be All Systems Go for getting truly aggressive with shorting. The bears would, for a few months, be in a position to actually enjoy a meaningful downtrend.

Having gotten past Wednesday not only completely intact, but with a profit, I was relieved and delighted. QE was done. We were going to get a hiatus. Sure, it might come back later, but markets could be normal for a while, as illustrated so vividly with the many charts you’ve seen showing how stock markets shrivel up once the QE juice is taken away.

Imagine my shock and disappointment, just a single day later, to see the ES and NQ rocket higher out of the blue. What was going on? Was it a data error? No. It was, of course, the nearly trillion dollars per year commitment from the Bank of Japan to buy up bonds and stocks, both in Japan and the United States. This was a gigantic bazooka, and the US dollar roared higher in value versus the Yen……..

While the Nikkei went up a breathtaking 1220 points on the futures market……..

Can you imagine the Dow 30 going up over 1200 points in a single session? I suppose I should be grateful the Dow only went 195 points higher on Friday!

Again, I am no stranger to disappointment. It’s not the first time a market has ever gone against me (errr, that’s pretty clear). But the circumstances – – – the confluence of circumstances – – – conspired to make for a simply horrible psychological calamity. I thought I was past the danger, but in fact a far worse danger, from a totally unexpected place, came crushing down upon me.

Are we therefore in a state of asset-elevation in perpetuity? Will the central banks simply badminton the “responsibility” for propping up equity markets from one nation to the next? It certainly seems so. After all, the moment the U.S. turned off the QE spigot, Japan turn on the faucets full blast.

I am a chartist. I use historical data, chart patterns, and areas of support and resistance to try to make rational decisions and reasonable predictions. In normal markets, I am convinced this technique works truly well. But this is the most abnormal market I’ve ever witnessed in my life. Simply stated, folks like me can’t seem to catch a break. I am truly trying to avoid sounding like a whiner, but if governments are going to simply keep the virtual printing presses roaring to the tune of trillions per year, what good is any kind of analysis? Why don’t we all just buy GoPro and Apple and just hang out at the movies? What’s the point of all this hard work?

I assure you, this is very much on my mind, because I work really, really hard at what I do and the ideas I share. There’s a sense of balance and justice – – which could be utterly ill-informed and naive – – which keeps telling me that things must, and will, return to normal at some point. But that “some point” never seems to come, and frankly, if governments are able to control equity markets with the pinpoint accuracy that they now seem able to……….why on earth would they ever stop? Tell me that. 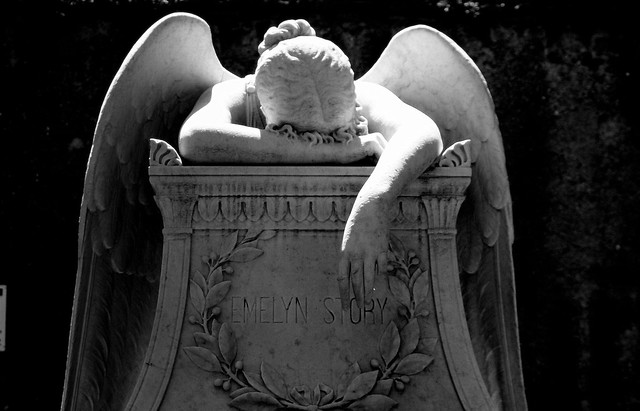