Most Americans live in their myths, and these myths are immune to facts. Some Americans become angry when confronted with information inconsistent with their preconceptions. I began learning this back in the newsprint era from letters, and the lesson has continued from emails and comment sections on websites.

Postal letters and emails are outlets that permit a reader to let off steam by lambasting a writer, but comment sections permit readers to share their outrage with all the website’s readers in addition to the writer and to gang up on and slander a writer.

Websites, such as OpEdNews and Information Clearing House, that I permit to repost my columns return the favor by having comment sections in which government trolls, assorted kooks, Reagan haters, and uninformed individuals can slander me, assault my reputation, misrepresent what I write, and do their worst to counteract the information that I supply to readers. Trolls and their ilk do the same thing to any number of writers who try to compensate for the absence of an honest Western media. Look at who is under attack. It is not the presstitutes at the New York Times, Washington Post, and Fox News; it is Julian Assange and Glenn Greenwald, for example. One is said to be a rapist, and the other an accessory to the theft of documents. END_OF_DOCUMENT_TOKEN_TO_BE_REPLACED 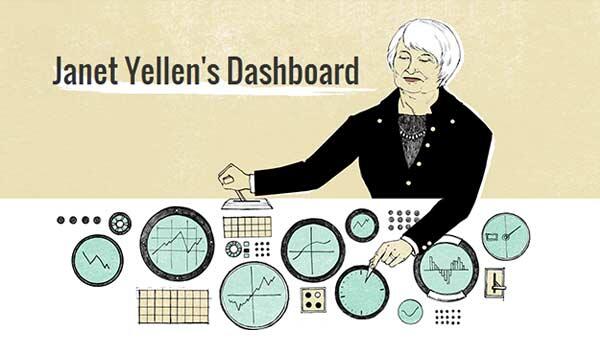 A funny thing happened on the way to the ‘end’ of the multi-trillion dollar bond buying program known as QE – the Fed chronicles. Aside from the shift to a globalization of QE via the European Central Bank (ECB) and Bank of Japan (BOJ) as I wrote about earlier,what lingers in the air of “post-taper” time is an absence of absence. For QE is not over. Instead, in the United States, the process has simply morphed from being predominantly executed by the Federal Reserve (Fed) to being executed by its major private bank members. Fed Chair, Janet Yellen, has failed to point this out in any of her speeches about the labor force, inflation, or inequality.

The financial system has failed and remains a threat to us all. Only cheap money and the artificial inflation of asset values can make it appear temporarily healthy. Yet, the Fed (and the Obama Administration) continue to perpetuate the illusion that making the cost of (printed) money zero by any means has had a positive effect on the population at large, when in fact, all that has occurred is a pass-the-debt-ponzi-scheme co-engineered by the Fed and big US bank beneficiaries. That debt, caught in the crossfires of this central-private bank arrangement, is still doing nothing for American citizens or the broader national or global economy.

The Fed is already the largest hedge fund in the world, with a book of $4.5 trillion of assets. These will plummet in value if rates rise.  Cue the banks that are gearing up their own (still small in comparison, but give them time) role in this big bamboozle. By doing so, they too are amassing additional risk with respect to interest rates rising, on top of all their other risk that counts on leveraging cheap money. END_OF_DOCUMENT_TOKEN_TO_BE_REPLACED

Voters don’t like the Republicans any better than they like the Democrats. But last week, Obama and the Dems were held responsible for the economy.

They got off easy. A hanging would have been more appropriate.

We have mentioned many times how median household income is now lower than it was when the 21st century began. The median household had $57,000 in income when the big ball came down in Times Square and closed out the 20th century. Today, it has $52,000.

After all, we live in the greatest economy man has ever created. More people have more money than ever before. So there’s plenty of capital to fund new enterprises.

Also, more people have college degrees. So there’s no shortage of educated people to fill office seats. And there are more scientists and engineers busy developing new drugs, new machines and new chemicals.

The economy should be exploding with growth, jobs and higher incomes for everyone. END_OF_DOCUMENT_TOKEN_TO_BE_REPLACED

Currency wars are set to warm up again, after Japan’s radical decision to further debase its currency through an intensification of already significant monetary easing. There was a palpable coldness from China’s Premier Xi Jinping as he greeted Japan’s President Abe at the APEC summit in Beijing.

Tensions are normally high between the two countries but are even more so in recent months.

War grievances run deep and are never far below the surface. Along with South Korea, these are the big industrial powers of Asia who are competing for a share of the shrinking export market.

China’s economy is slowing. Official figures suggest that growth has slowed to around 7%. Some analysts say it is as low as 5%. While Western countries would rejoice at such figures it must be remembered that in 2012 China’s growth in GDP was over 10%.

The decline has affected employment in China which is causing social tensions. The U.S. has put diplomatic pressure on China to not devalue its currency in recent years. So the Chinese resent Japan’s unsignaled and unilateral debasement of their currency, especially if it comes with the blessing of the U.S.

It would appear as though Japan’s actions were not taken at the behest of Japan’s financial elites, even though they stand to gain the most from QE in the short term – especially if the U.S. experience is anything to go by. END_OF_DOCUMENT_TOKEN_TO_BE_REPLACED

Anybody truly interested in government, and therefore politics, should be cognizant above all that ours have already entered systemic failure. The management of societal affairs is on an arc to become more inept and ineffectual, no matter how either of the current major parties pretends to control things. Instead of Big Brother, government in our time turns out to be Autistic Brother. It makes weird noises and flaps its appendages, but can barely tie its own shoelaces.

The one thing it does exceedingly well is drain the remaining capital from endeavors that might contribute to the greater good. This includes intellectual capital, by the way, which, under better circumstances, might gird the political will to reform the sub-systems that civilized life depends on. These include: food production (industrial agri-business), commerce (the WalMart model), transportation (Happy Motoring), school (a matrix of rackets), medicine (ditto with the patient as hostage), and banking (a matrix of fraud and swindling).

All of these systems have something in common: they’ve exceeded their fragility threshold and crossed into the frontier of criticality. They have nowhere to go except failure. It would be nice if we could construct leaner and more local systems to replace these monsters, but there is too much vested interest in them. For instance, the voters slapped down virtually every major ballot proposition to invest in light rail and public transit around the country. The likely explanation is that they’ve bought the story that shale oil will allow them to drive to WalMart forever. END_OF_DOCUMENT_TOKEN_TO_BE_REPLACED

Another “jobs Friday” brought a predictable outbreak of delighted squeals from the bubblevision commentariat. This is shaping up to be the one of the best years for jobs growth during the entire 21st century, they gushed.

Well, now. Here we are nearing the end of 2014 and the nation’s once and mighty “jobs machine” is fixing to utilize no more labor hours this year than it did way back at the end of the 20th century.

And, no, that completely unsung fact does not reflect some anomalous quirk owing to the Great Recession. We are now 64 months from the June 2009 bottom and the index of total labor hours in the non-farm business economy stands at about 108—–the same level first recorded in Q3 1999. This means that during the 21st century to date the US economy has been bicycling up-and-down an essentially constant amount of labor during the intervals between the serial financial market booms and busts engineered by our monetary politburo.

That there has been a step-change in the true employment trend is starkly evident in the two charts below. During each of the eight business cycles between 1950 and 1999, labor hours temporarily lost during the recession phase were quickly recouped during the recovery phase, and then blew through the prior peak to a sharply higher level. And this pattern recurred cycle-after-cycle.  Altogether, labor hours employed by the US economy grew at a 1.7% annual rate over the 50 years period——business cycle downturns notwithstanding. END_OF_DOCUMENT_TOKEN_TO_BE_REPLACED