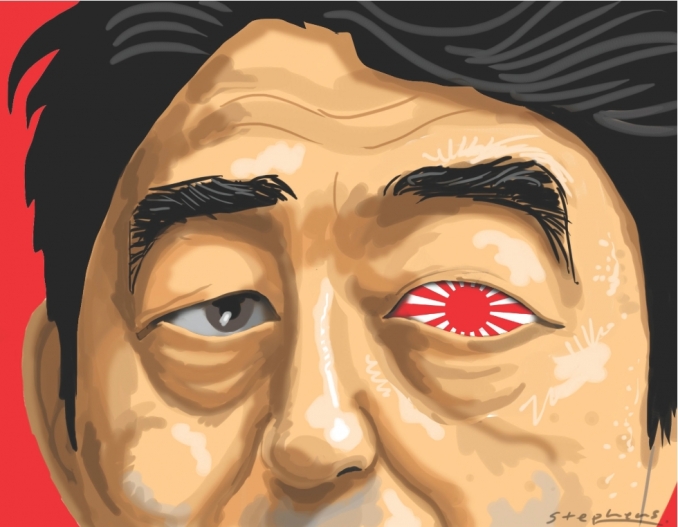 The zero sum game of competitive global currency devaluations is on like Donkey Kong. Anyone still sleeping comfortably, confident that all will end well, best brace themselves for a resounding wake up call.  Be alarmed, Japan just jacked the joint, and the jerry rigged monetary jig is up.  Moving forward, all the other Asian export centric economies will promptly be forced to keep up with their FUBAR neighbor, the juiced Japanese Joneses.

Each Nation State in the Far East is now completely compelled to competitively devalue in tandem, so as to maintain export market share, in a desperate attempt to avert their outbound container super ship cargoes from running westwards on empty.

Take one quick look at the above chart and the official photo op below.  You tell me why Mr. Xi nearly gagged when shaking hands with Mr. Abe the other day.

Throughout the new millennium, China has made great technological strides, repositioning itself away from a predominantly low tech manufacturing economy, towards a value added high tech producing exporter. In this capacity it has converged with Japan.  The Japanese, on the other hand, over the same time period, have seen both the Chinese and the Koreans, as well as the other Asian Tigers, ravenously devour more and more Hamachi and California rolls, promptly snatched from their stale sushi shop lunch box. 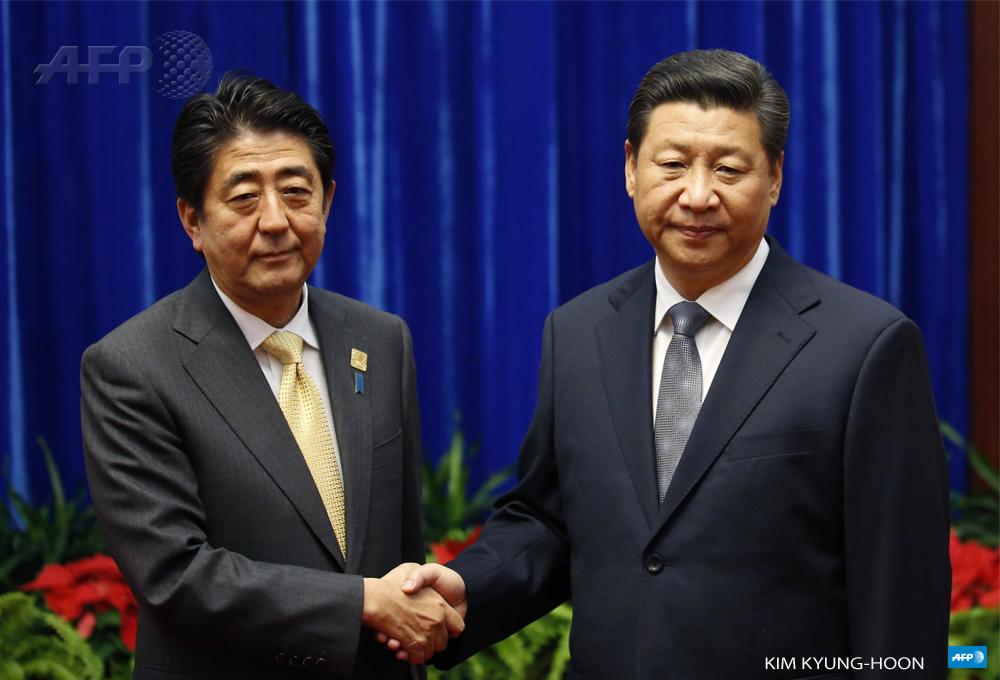 Japan is suffering its worst year for exports since the global contraction in 2009 as Europe’s crisis, China’s slowdown and a diplomatic dispute with the Chinese hurt manufacturers and deepen the risk of a recession.

Shipments totaled 53.5 trillion yen ($653 billion) for January through October, down 2.3 percent from the same period in 2011, according to data compiled by Bloomberg from Finance Ministry figures released in Tokyo today. The trade deficit for 2012 so far is a record 5.3 trillion yen.

The so-called hollowing out of Japan’s export champions, highlighted by a cut in Panasonic Corp. (6752)’s debt rating to one step above junk status by Moody’s Investors Service yesterday, underscores the urgency of kindling domestic demand. Japan’s political parties are facing off ahead of an election next month on how hard to press the central bank to boost stimulus.

Japan’s exports fell for a fifth month, hampered by trade tensions with China and weak demand in Europe, pushing the world’s third-largest economy closer to recession ahead of December elections.

END_OF_DOCUMENT_TOKEN_TO_BE_REPLACED

Glenn Greenwald has revealed that Hillary Clinton is the presidential candidate of the banksters and warmongers. https://firstlook.org/theintercept/2014/11/14/despite-cynicism-genuine-excitement-hillary-clinton-candidacy/ Pam and Russ Martens note that Elizabeth Warren is the populist alternative. http://wallstreetonparade.com/2014/10/hillary-clintons-continuity-government-versus-elizabeth-warrens-voice-for-change/ I doubt that a politician who represents the people can acquire the campaign funds needed to run a campaign. If Warren becomes a threat, the Establishment will frame her with bogus charges and move her aside.

Hillary as president would mean war with Russia. With neocon nazis such as Robert Kagan and Max Boot running her war policy and with Hillary’s comparison of Russia’s president Putin to Adolf Hitler, war would be a certainty. As Michel Chossudovsky and Noam Chomsky have written, the war would be nuclear.

If Hillary is elected president, the financial gangsters and profiteering war criminals would complete their takeover of the country. It would be forever or until armageddon.

To understand what we would be getting with Hillary, recall the Clinton presidency. The Clinton presidency was transformative in ways not generally recognized. Clinton destroyed the Democratic Party with “free trade” agreements, deregulated the financial system, launched Washington’s ongoing policy of “regime change” with illegal military attacks on Yugoslavia and Iraq, and his regime used deadly force without cause against American civilians and covered up the murders with fake investigations. These were four big changes that set the country on its downward spiral into a militarized police state with massive income and wealth inequality. END_OF_DOCUMENT_TOKEN_TO_BE_REPLACED