The reason there is a terrible financial cataclysm ahead is that mainstream thinking has degenerated into outright quackery. Just read the drivel coming from financial journalists and pundits these days; and recall that the latter are little more than repeaters and amplifiers, passing along to their readers what politicians and policymakers are thinking and saying.

Take the case of Clive Crook, formerly the FT’s man in Washington and now an editorial scribbler at Bloomberg View. After lamenting the Draghi has dawdled too long getting to an aggressive QE initiative, he called out the authority of no less than Milton Friedman to justify a new absurdity in Keynesian delusion. Namely, that in dispensing trillions of new euros made out of thin air, the ECB should not simply purchase the rotten debt of Italy and the rest of the latin league; instead, it should literally mail out checks to 275 million Eurozone households and send them frolicking into the continent’s shops, stores and retail websites:

On the face of it, though, this approach would be legal. It would make Milton Friedman proud. Best of all, it’s a good idea. Fire up the helicopters!

Would that Crook were writing a parody for The Onion. But, unfortunately, the man is dead serious. END_OF_DOCUMENT_TOKEN_TO_BE_REPLACED 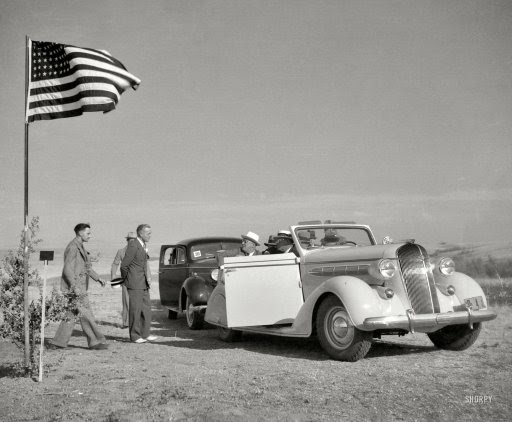 OK, I don’t see a whole lot of comprehension out there, so let’s try and link the obvious: employment to shale to plummeting oil prices to the debt the shale industry was built on (and which is vanishing). I know, people look at the US jobs report today, and at the stock exchanges (Europe up some 2% across the board), and think salvation has landed on their doorstep, but the true story really is very different.

The EU markets are up because of US job numbers + the expectation that Draghi will launch a broad QE in January. But US jobs are far less sunny than meets the eye at first glance, and the Bundesbank will not all of a sudden do a 180º on ECB stimulus options. Ergo: a lot of European investors are set to lose a lot of money.

Anyone notice how quiet Angela Merkel has become about the QE debate? That’s because she doesn’t want to be caught stuck in a losing corner. Even if the Bundesbank would give in to Draghi, and chances are close to zero, there would be multiple court cases in Deutschland against that decision, and chances are slim the spend spend side would win them all. That’s the sort of quicksand an incumbent leader like Merkel wants to avoid at all cost. END_OF_DOCUMENT_TOKEN_TO_BE_REPLACED

A faint breeze blew through the US stock exchanges yesterday. A few leaves fluttered.

But Diary readers want to know: When is the next hurricane coming?

Alas, we get the newspaper no earlier than anyone else. It always has yesterday’s news… not tomorrow’s. That leaves us wondering and guessing and trying to figure out what comes next.

The storm that raged in 2008 was fundamentally deflationary. It was so predictable that we didn’t need tomorrow’s headlines; the weather forecast was obvious.

After decades of taking on debt, Americans started to stagger under the weight of their debt-service costs. When house prices fell, their knees buckled and their backs broke. END_OF_DOCUMENT_TOKEN_TO_BE_REPLACED

This shit just never grows old. The blaring headlines about amazing job growth are everywhere. Of course, the BLS issues two survey simultaneously. They interview some businesses and then they seasonally adjust the data and then add phantom jobs through their birth death excel spreadsheet “adjustment” and there you have it – 321,000 new jobs in one month. I guess that’s why so few people showed up on Black Friday to spend their new wages.

Well guess what? The unemployment rate didn’t drop. It seems their other survey paints a slightly different picture. They aren’t blaring this headline:

If you don’t believe me go to their website:

Here are the facts jack:

END_OF_DOCUMENT_TOKEN_TO_BE_REPLACED

The juxtaposition could not be more fitting with all that is transpiring at this moment in economic history. On Monday, the headlines were filled with, Black Friday Fizzles as Sales Tumble 11% and ‘Black Friday’ Fades as Weekend Retail Sinks 11%. Then the “employment” report comes out and now the headlines are, More Jobs and Higher Wages: U.S. Recovery Starts to Hit Home and Hiring Surge Gives U.S. Expansion a Lift Into 2015. The problem is one of mutual exclusivity as both narratives are totally inconsistent with each other even when factoring any kind of shift in consumer buying patterns.

The shopping trend is itself a statistical creation, but one with more raw and basic grounding in actual outcomes. The Establishment Survey is, to put it mildly, one of the most adjusted and calibrated (not to mention revised) figures in the economic calendar. That is especially true of its inclusion of a statistical process called “trend/cycle analysis” and that supposition’s close relation to the plucking model of economic cycles past (and way in the past now). You can obviously tell from just that initial formulation where my sensitivities and inclinations take my analysis. END_OF_DOCUMENT_TOKEN_TO_BE_REPLACED

If you don’t have much by way of income growth, then there are other less desirable options for spending sources. There are “entitlements” or transfers and then there is debt. In the current age, the federal government has been responsible for originating and disbursing the vast majority of consumer credit in the form of student loans, in what is really a debilitating trend where college students are existing on that credit that their eventual employment (hopefully) will struggle to even service. This is, of course, another form of arbitrary redistribution guised as “stimulus.”

END_OF_DOCUMENT_TOKEN_TO_BE_REPLACED

The European Central Bank will decide early next year whether to follow the Federal Reserve, Bank of England and the Bank of Japan with quantitative easing or money creation to buy government bonds and other assets but will not buy gold, its president Mario Draghi said yesterday.

Speaking in the ECB’s new 1.3 billion euro headquarters, an imposing Frankfurt skyscraper designed to show the strength of the ‘single’ currency, Draghi threw down the gauntlet to Germany and signaled that he would not allow opposition from Germany or anyone else to stop the ECB’s QE.

Despite the fact that it has failed in Japan and is meeting with mixed success in the UK and U.S. END_OF_DOCUMENT_TOKEN_TO_BE_REPLACED

Each commodity market has its own story to tell: oil prices are falling because OPEC can’t agree production cuts, steel faces a glut from overcapacity, and even the price of maize has fallen, presumably because of good harvests.

This is obvious perhaps, but the fall in commodity prices and the rise in the US dollar have to be seen in context. We should note that for most of the global population, the concern that we are facing global deflation (by which is commonly meant falling prices) is not yet true. Nor is a conclusion that the fall in the oil price indicates a sudden collapse in demand for energy. When the dollar price of oil began to slide, so did the exchange rates for all the other major currencies, confirming a significant part of oil’s price move came from dollar strength, which would have also been true of commodity prices generally. END_OF_DOCUMENT_TOKEN_TO_BE_REPLACED